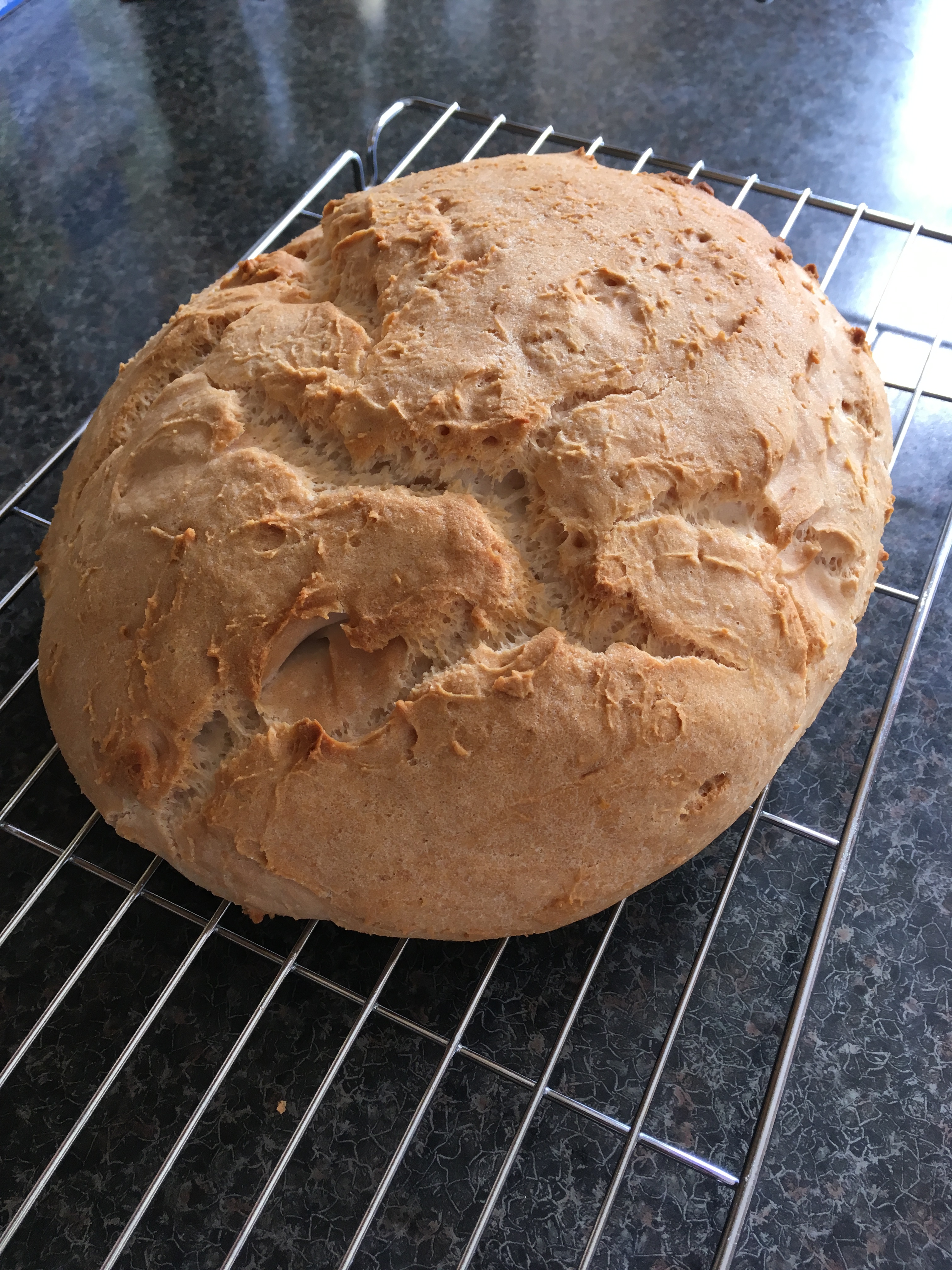 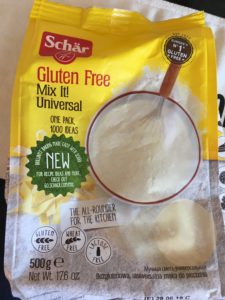 Bread is my nemesis. It has been for the past 19 months since I was diagnosed with Coeliac Disease. Before then I was perfectly capable of baking a good loaf of bread. I enjoyed making it, I enjoyed smelling it cook and I enjoyed eating it. Then my culinary world imploded and I was left trying to relearn how to bake bread. Without the seemingly essential component of gluten. Cue lots of gloopy batters which sometimes baked into a loaf but usually didn’t. Cue the disappointment of lifting an apparently perfect loaf out of the oven, patiently waiting for it to cool and then cutting it to find it is basically a hollow crust with an elastic band at the bottom. Cue the frustratingly unsuccessful search for a reliable flour mix and a reliable recipe. To add insult to injury I also have a food mixer with a bread hook – my favourite toy – which sits idle in the kitchen, collecting dust and reminding me that my bread now literally pours into the tin, like pancakes. Woe is me. However, last week I had a breakthrough! I stumb

led across a new flour mix, made by Schar. I’m a fan of the flour mix made by their sister company Glutafin which is, sadly, no longer available to me at any less than £8.60 per kilo and is limited to 1kg per month (fellow Brits probably feel my pain!). So, I was excited at the prospect of finding a sim

ilar quality product on the shelves of the supermarket. I was cautiously optimistic (cautious because the Schar is wheat and gluten free whereas the Glutafin is just gluten free and I’m convinced the wheat makes a difference when it bakes) and looking forward to trying this new product.

It was very easy to make, you just mix the ‘Schar Universal Mix It’ with water, oil and yeast, leave

it to rise and bake it. It formed into something between a batter and a dough. You could lift it with your hands and shape it roughly but it was very sticky.

It took ages to rise and was starting to look a bit like yet another disaster, but the yeast did eventually do its job. It baked faster than the recipe suggested but it smelt like bread as it cooked and looked like bread when it came out of the oven …. so I waited for it to cool ……… Definitely the best bread I’ve baked since going gluten free. It had a good texture and tasted like bread! Success!!! So I’m 100% a Schar convert. The only problem with it is that it went stale really, really fast. Even faster than other GF home bakes. So my top tip is to slice it and freeze it as soon as it has cooled down. On the Schar website they have lots of other recipes to make with this flour mix and I’m looking forward to trying them soon. 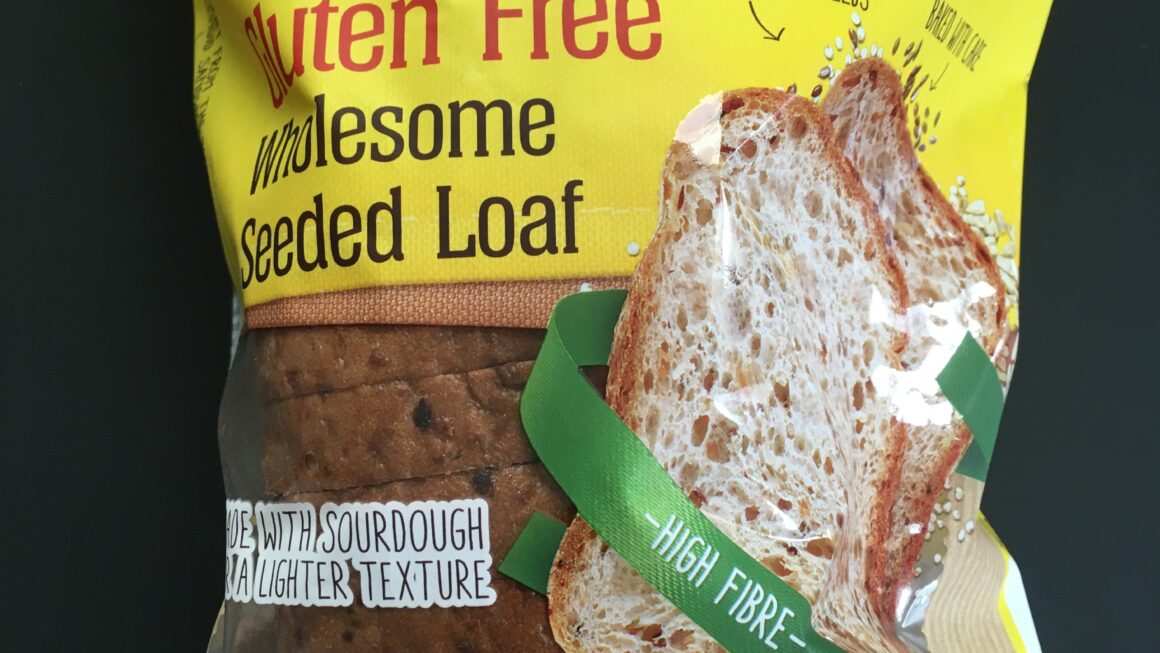 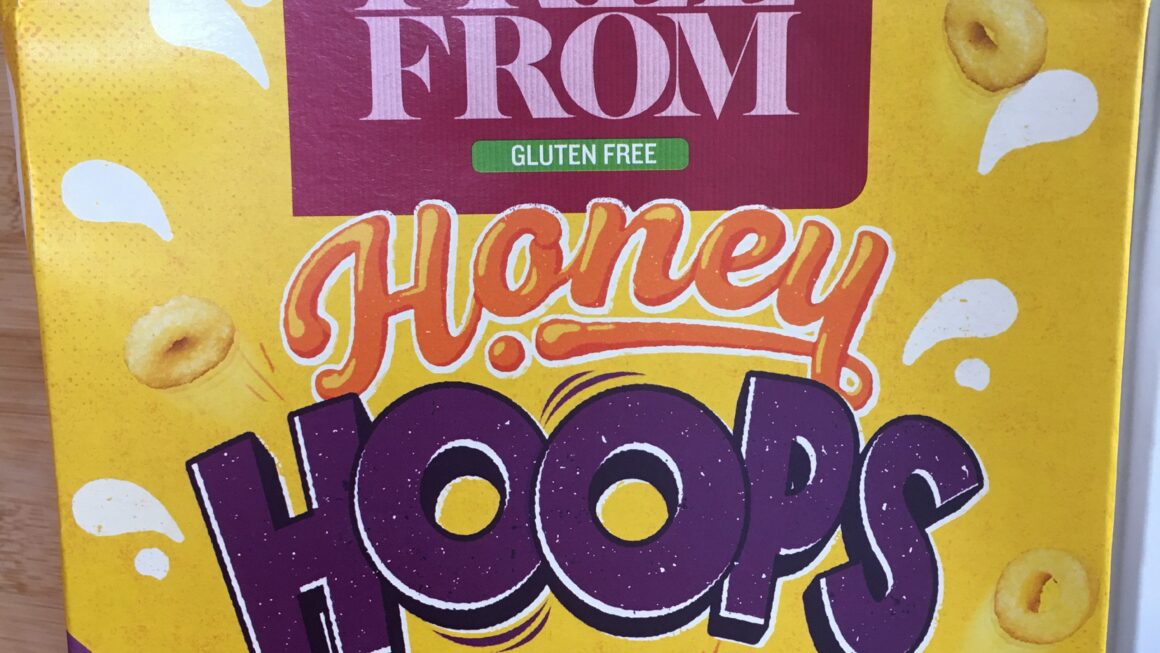